Author: Chuck Duff
Dr. Gabe Mirkin coined the term RICE — for rest, ice, compression and elevation — in his best-selling book The Sportsmedicine Book a in 1978. The practice of icing anything that hurts, feels tight, or seems “injured” has gained widespread acceptance among practitioners of all types – sports medicine, PTs, athletic trainers, coaches, personal trainers and more. As a clinical bodyworker who mostly sees clients with fairly severe pain complaints, I can say that virtually every one of them has been told to ice, and most did until they began working with me.

Unfortunately, the practice of icing was based upon questionable science — which has since been conclusively debunked. Dr. Mirkin retracted the protocol that made him famous in an article that he wrote in June, 2013, Ice Delays Recovery from Injuries. In that article, he cites a study by the Cleveland Clinic showing that ice delays healing by reducing the body’s production of IGF-1, or insulin-like growth factor – a compound that is present in the fluid that surrounds inflamed tissues. Dr. Mirkin later expanded upon that article with another post in March, 2014, Why Ice Delays Recovery.
Healing is delayed by cortisone-type drugs, nonsteroidal anti inflammatory drugs such as ibuprofen, applying cold packs or ice, and anything else that blocks the immune response to injury – Dr. Gabe Mirkin, originator of the RICE protocol.

Active recovery is how you regenerate tissue… Stillness is the enemy. Ice is stillness to the extreme. You stop the process and worse, you’ve caused additional damage. — Gary Reinl, author of ICED! The Illusionary Treatment Option.

Icing is not good for athletes. It delays recovery from hard workouts, because the body needs inflammation to heal and recover.

Icing is attractive in that it provides a dramatic, immediate, illusory and temporary benefit, because it has a numbing and distractive effect on pain. I had a client recently who complained of severe low back pain, and when he arrived moved haltingly and was barely able to walk. When I started working on his hips, his skin felt like it had been in a freezer for hours. Ice and NSAIDs were his only tools for reducing his pain, which I discovered was caused by trigger points in his gluteus medius and maximus muscles among others. Little did he know that the extreme icing he was doing, while it temporarily reduced his sensation, was making his condition much worse by further embedding trigger points in muscles that referred to his low back.

The use of ice for injuries is a belief that is dying a hard and controversial death in the physical therapy and sports medicine communities, in spite of the conclusive science that has emerged. Unfortunately, there is a major voice missing from this debate which makes the argument against ice even more compelling. The trigger point literature has provided ample evidence that the great majority of pain complaints have no basis in injury, but rather are due to myofascial trigger points.

The use of ice on tissues that already have trigger points and compromised capillary function causes further stagnation and vasoconstriction – the last thing those tissues need.

So there are two problems here: the general assumption that the pain is due to injury, which most of the time it isn’t; and the use of ice to treat the “injury”, which even in the case of acute injury has now been shown to impede healing. However, given that pain most likely originates in trigger points, the ice treatment is far more damaging – cold is the last thing they need. Ice puts already taut, stagnant muscle areas in the deep freeze, further stagnating the local metabolism. Trigger points need metabolic exchange in order to be cleared – a restoration of capillary function and movement in the area, not stasis, which is the inevitable result of ice treatment.

Heat, on the other hand, causes vasodilation, enhances local metabolism and is efficiently distributed by the body due to enhanced capillary action. Ice vasodilates capillaries, and according to Travell & Simons, penetrates quickly to deep tissues as layer upon layer of tissues go into stagnation. According to Gary Reinl, the icing craze took off after a news story about a surgeon who performed the first procedure to reattach a boy’s severed limb – using ice to preserve the tissues of the arm prior to the surgery. Somehow that got inappropriately applied to damaged or stressed tissues. Ice is great for shutting tissues down and preventing decay, not so much encouraging healing and recovery. Cooling muscles deeply is a major perpetuator of trigger points, and ultimately pain.
The concept of treating pain with cold is completely foreign to Asian medicine. Pain, in both Traditional Chinese Medicine and Traditional Thai Medicine is equated with stagnation. The body in health should be in a constant process of physical and energetic movement, or flow. Herbs, bodywork, acupuncture and heat may all be employed to facilitate the flow. Cold stagnates and impedes flow.

Heat, compression and movement are some of our best tools as clinical bodyworkers dealing with pain. The Thai Herbal Compress (Luk Pra Kob) is a wonderful tool that combines moist heat with compression and the topical application of medicinal herbs such as turmeric, various varieties of ginger, eucalyptus, lemongrass and others. The herbs are wrapped in a cotton ball with a stem that provides an excellent form factor as a tool for compression in bodywork. 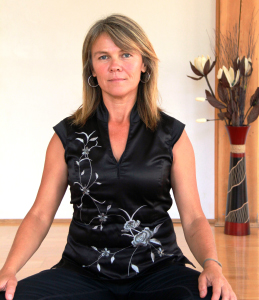 Thai Massage Course in Nelson, BC

Thai Massage course in Vernon, BC

I Will Come to You

I will come to your school, spa, retreat, or event to offer quality Thai Massage training. I can offer other courses that can be customized to your needs. 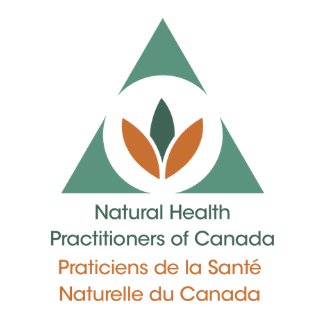